We've just published a new major version of librg (6.0.0), on which we've been working on for the last few months. This update in a way reflects design discussions we had in #librg channel, introducing new big changes to the library, including new API and a shift in networking/transport model.

You can check out an illustration representing our new approach: 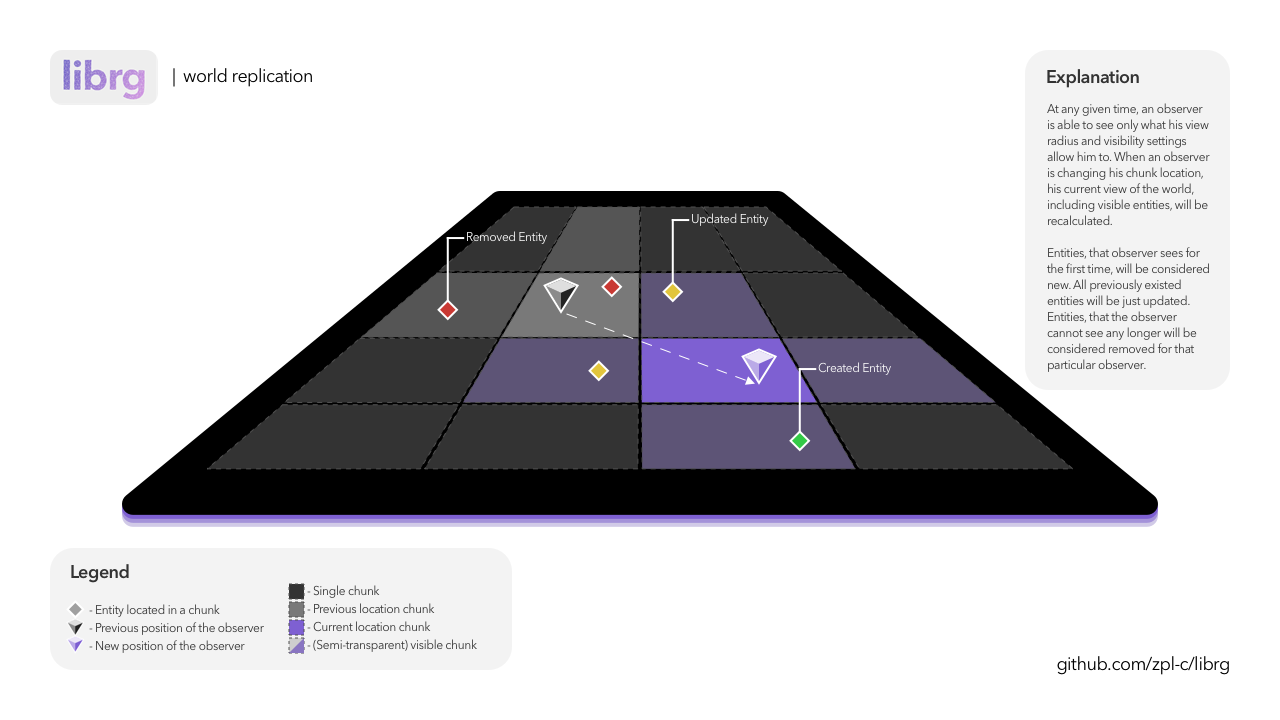 Since the change can be considered the biggest one so far since the release of v2.0.0, we are hoping to get as much feedback from our community as possible about the newly-released version and to see if we are moving in the right direction. Please, feel free to leave your questions and comments on the #librg channel on our discord server. The older version remains published in the stable branch.

We've updated our readme page to reflect the changes:

Additionally, we've rolled out a documentation page, which might be very helpful for those migrating from older versions as well as fo the newcomers:

Thank you for staying with us!